Expected user growth from the K3 partnership, according to the roadmap and real-world data from Sierra Leone: 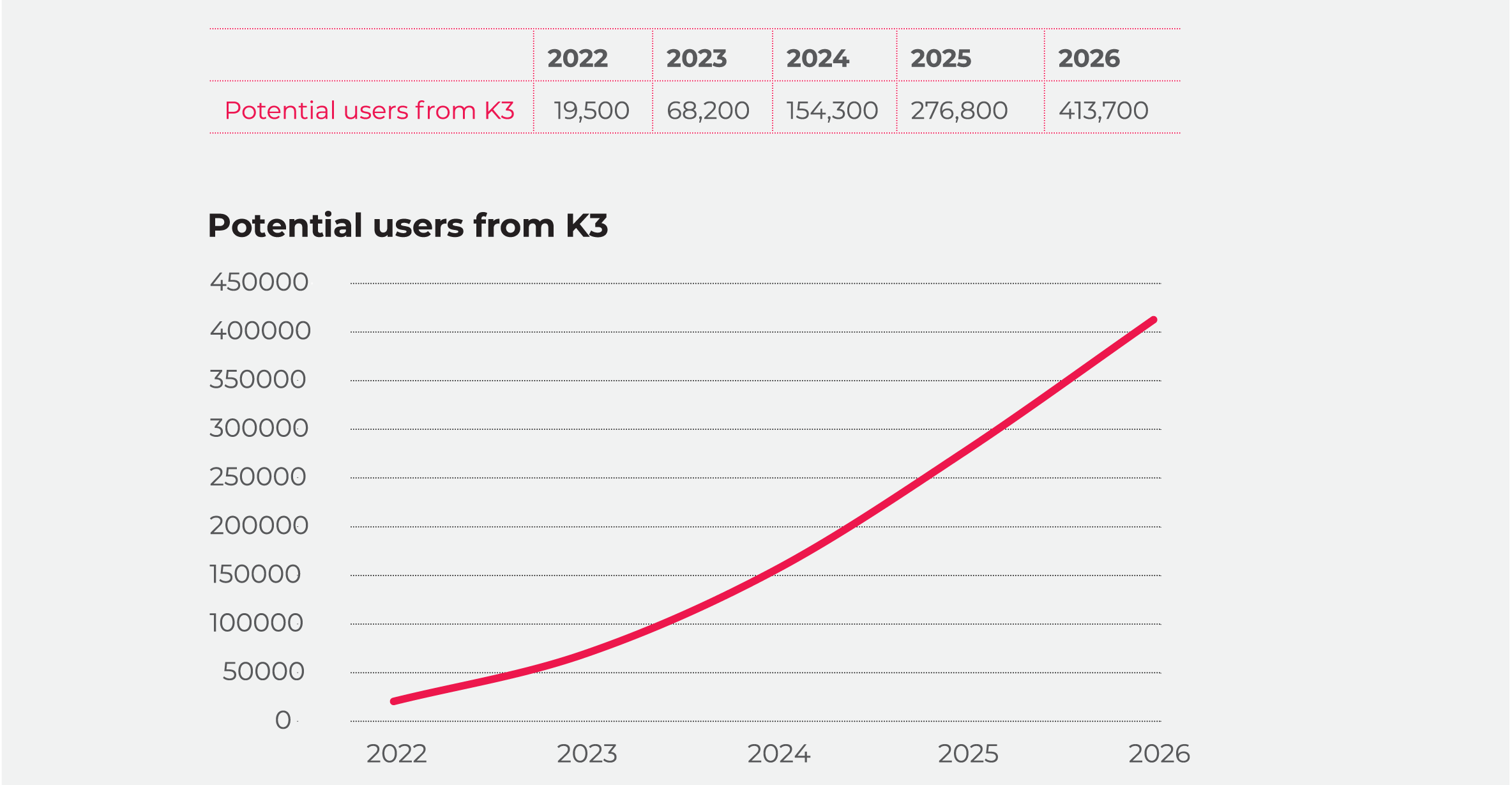 Note, that these numbers include only our K3 partnership. We aim to onboard other ISPs on the platform, potentially reaching 1 million users by 2025.

This only highlights the potential volume of active users on the platform.

With a 3% fee on the turnover (due to special terms agreed upon with K3), 3air could grow quickly and sustainably with the K3 partnership alone. With other ISPs joining the platform, revenue could potentially grow exponentially. 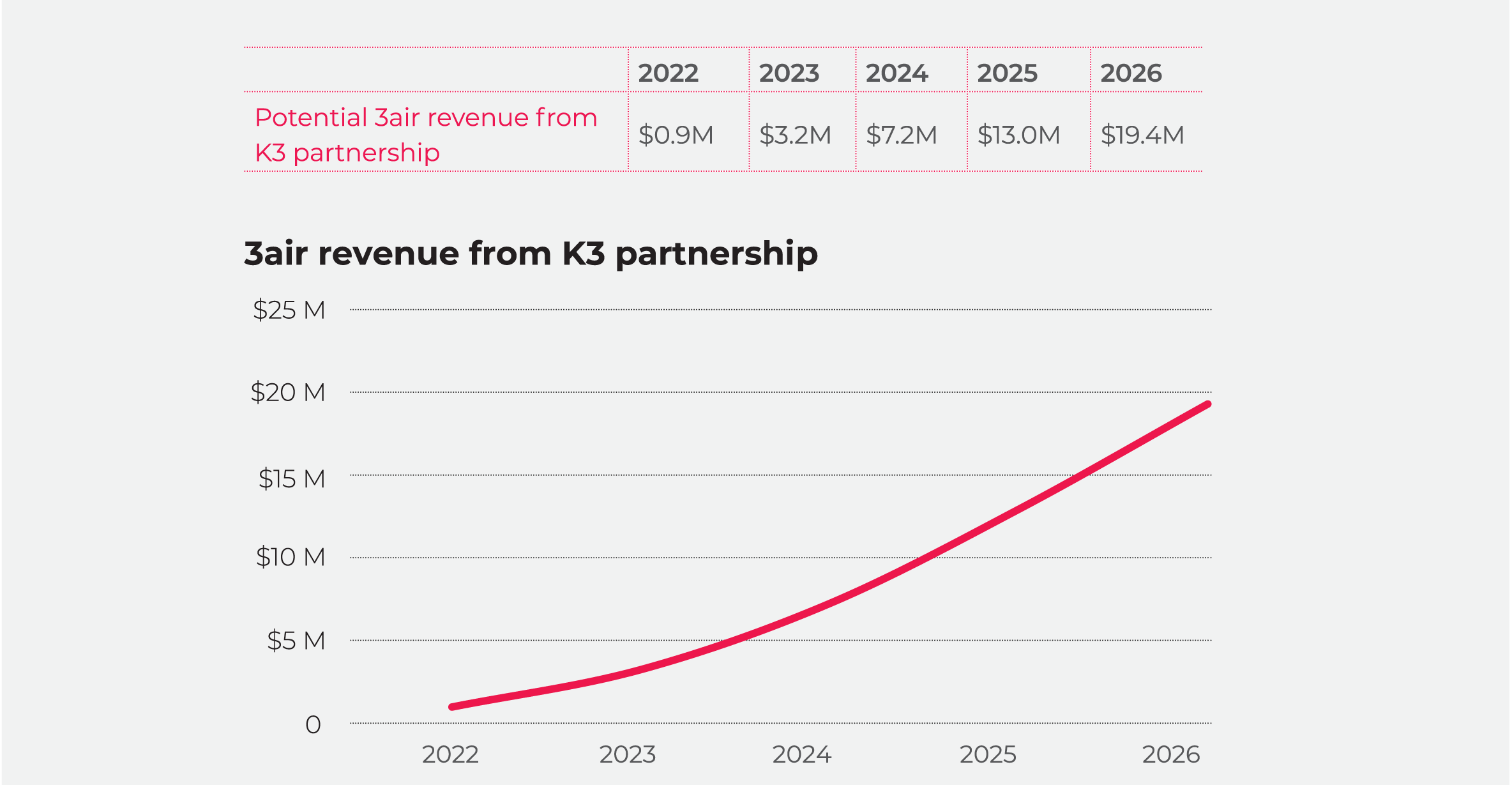 Evaluating a token economy is challenging. As of yet, there is no distinct formula to determine the value of a crypto project. That is why we have turned to traditional models to determine the potential value of the 3air platform and have tried to compare it to similar projects in the crypto space.

The most widely used metric to evaluate telecom companies is the EV/EBITDA method. Considering the K3 partnership alone, the 2025 valuation of 3air could potentially be over $2.1B. 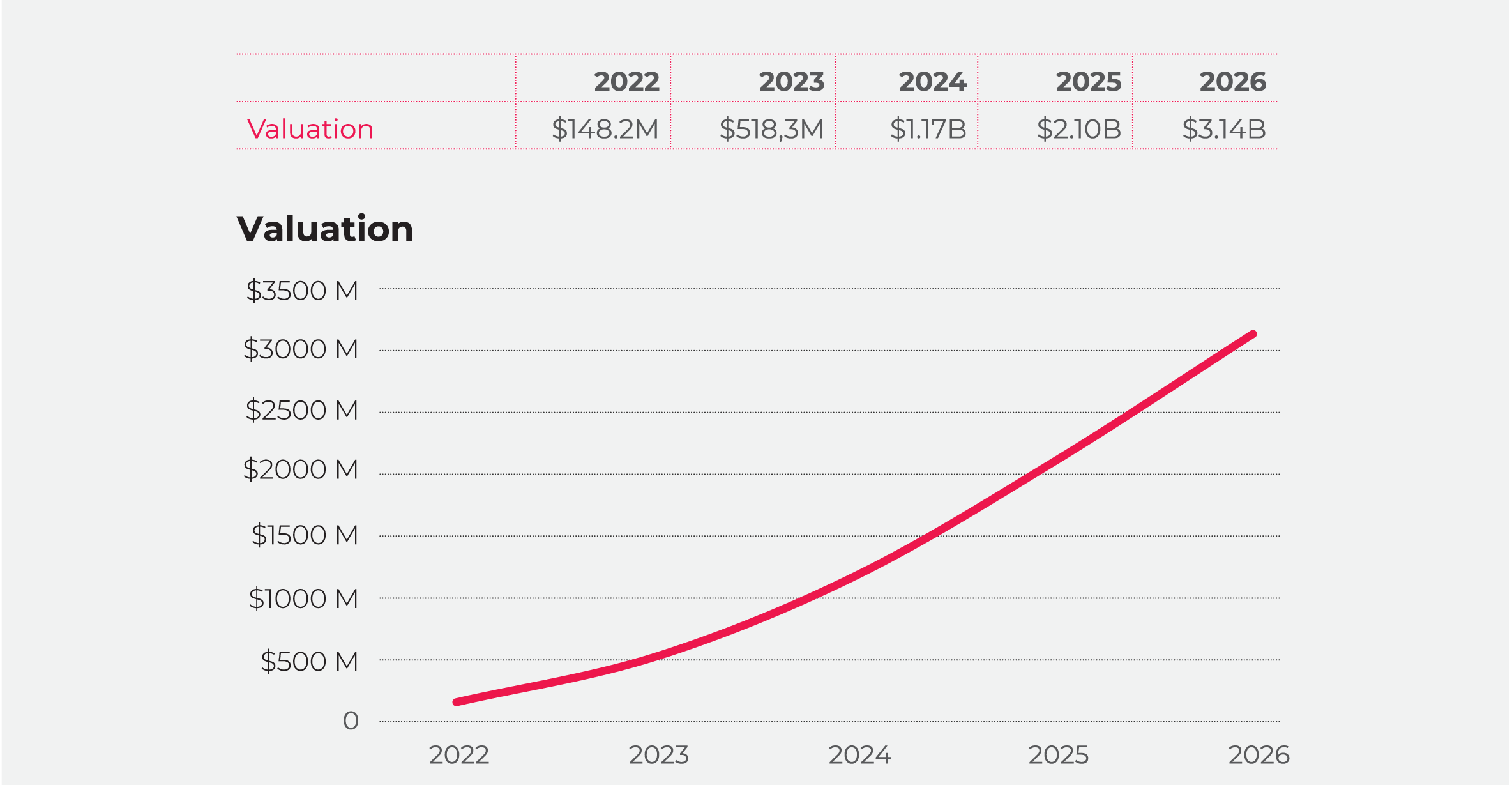