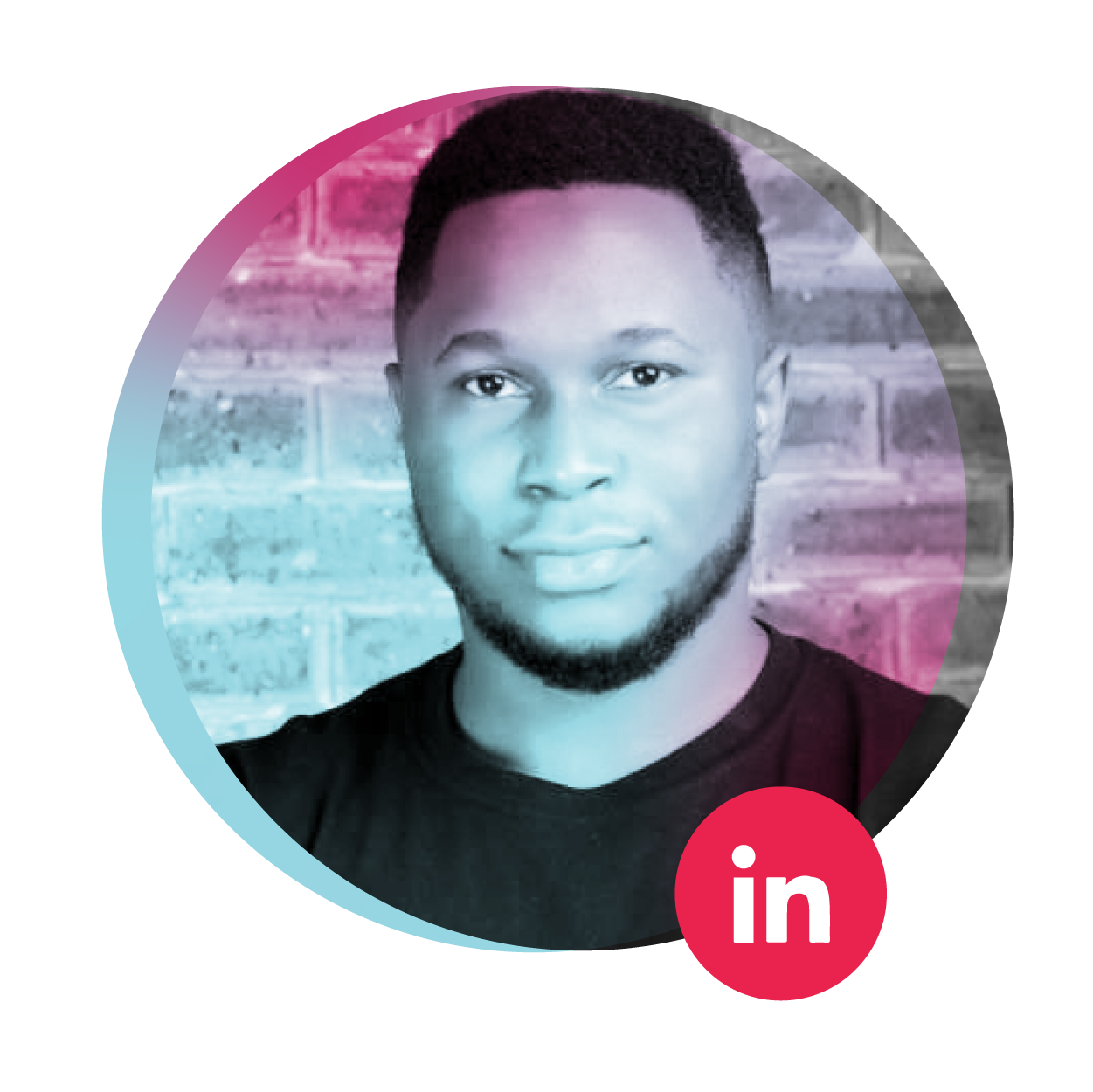 Emmanuel Babalola, Babz as he is fondly called, is a pioneer in Nigeria’s Blockchain landscape, playing a major role in the growth of crypto adoption on the continent. As the Africa Director of Binance, he has led several projects within the ecosystem, driving the growth of binance on the continent from day one. Currently he serves as the CEO of Bundle, a social trading app dedicated to making crypto accessible to everyone. 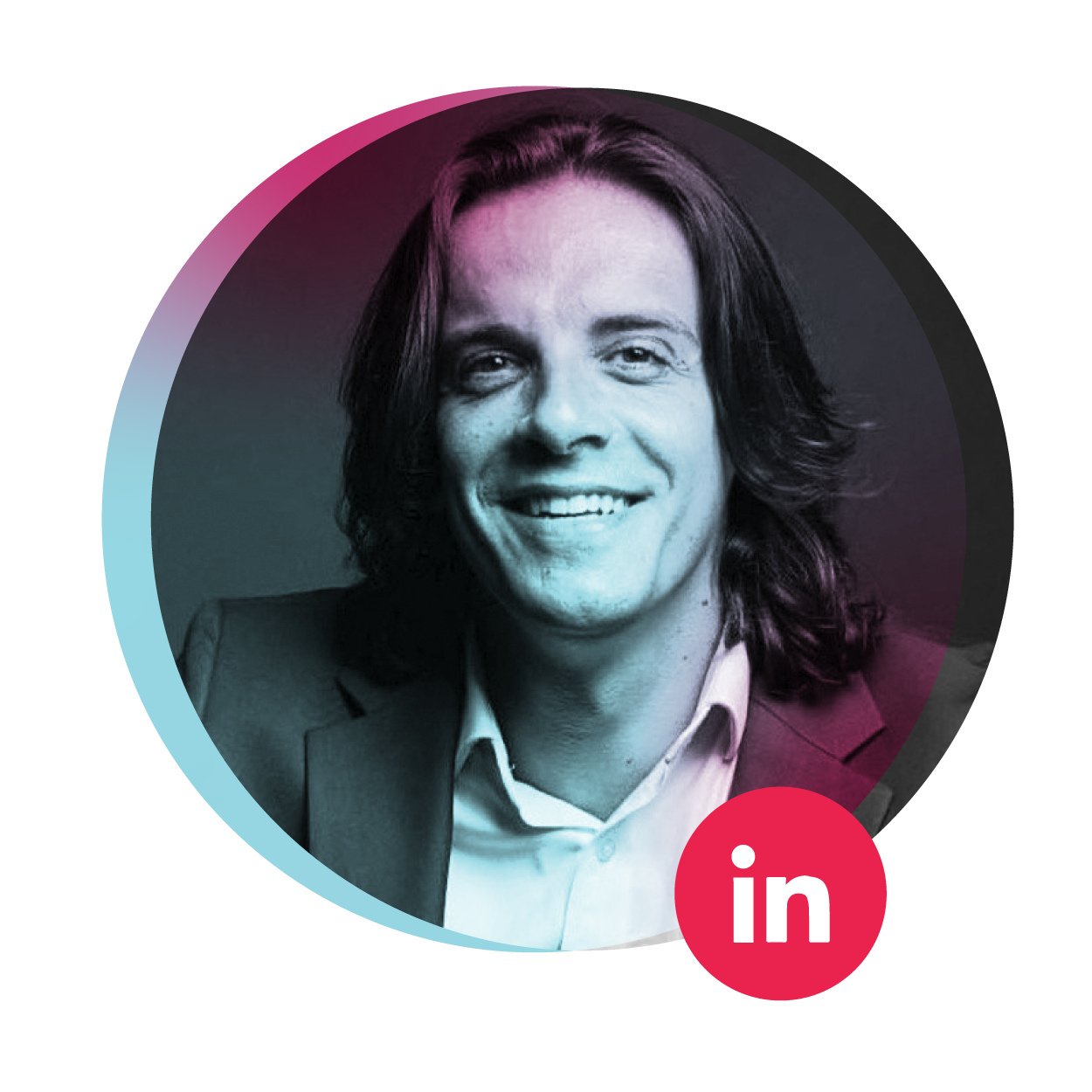 He is the founder of SiGMA Group; an events company focused on online and land-based gaming, emerging tech (AIBC), online affiliation & digital marketing – AGS, and digital health – MED-TECH World. Thanks to all the conferences & industry events, Eman Pulis has nurtured knowledge and a worldwide network of entrepreneurs, investors, and legal minds. Furthermore, he has an eye for spotting trends in frontier technology. Eman Pulis holds a degree in Education with first-class honours, as well as a Master's degree in both diplomacy and creativity and innovation. 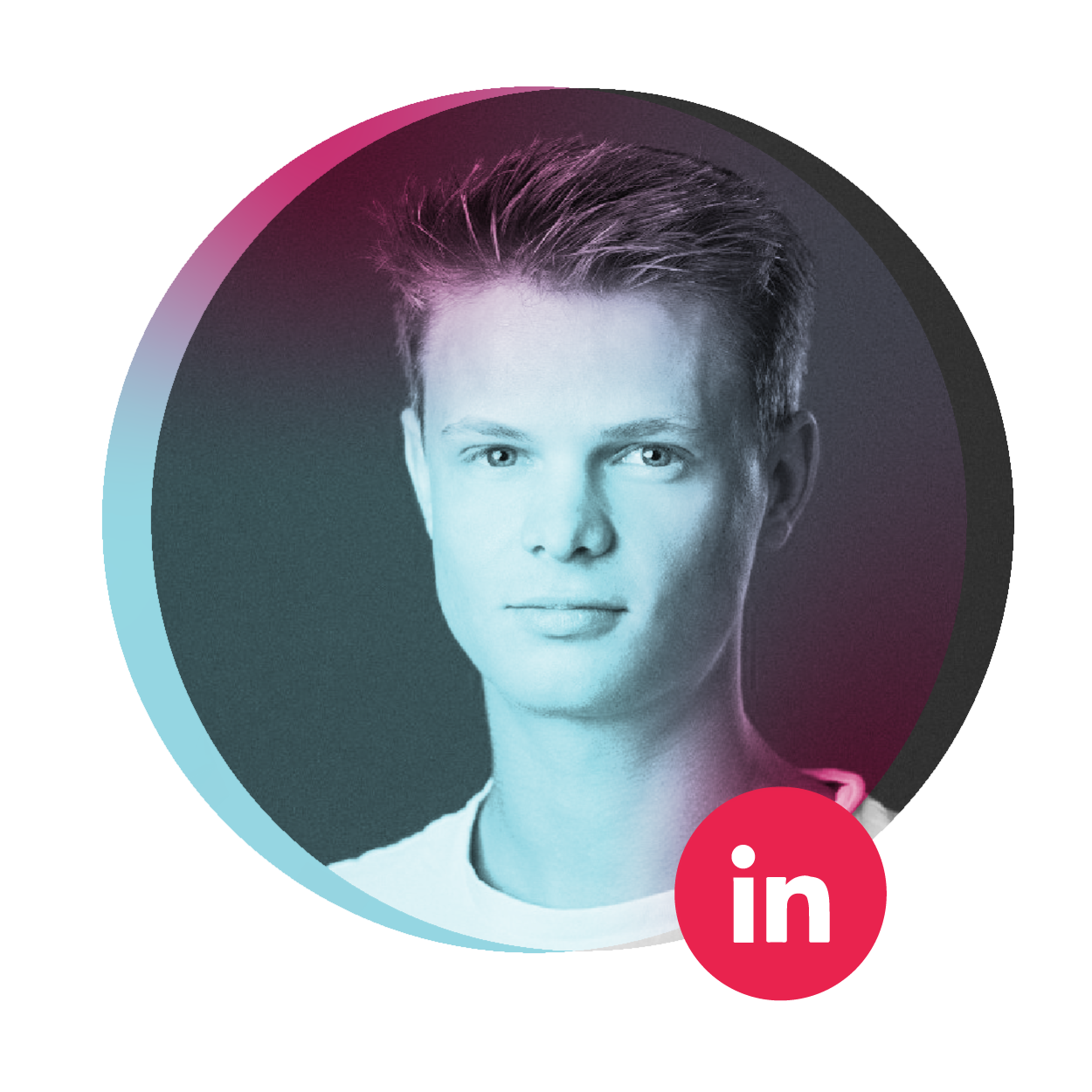 Max Jones is a Head of Blockchain Business Development at AIBC - The AIBC World Summit is one of the leading events globally for blockchain, AI, crypto, and other emerging technologies. Also an Investment Associate at Ikigai Ventures - Ikigai Ventures is an early-stage venture capital firm with a global presence. Ikigai's investment mandate is global and focuses on investments in various verticals such as gaming, mobility, esports, blockchain, AI, and frontier technologies. 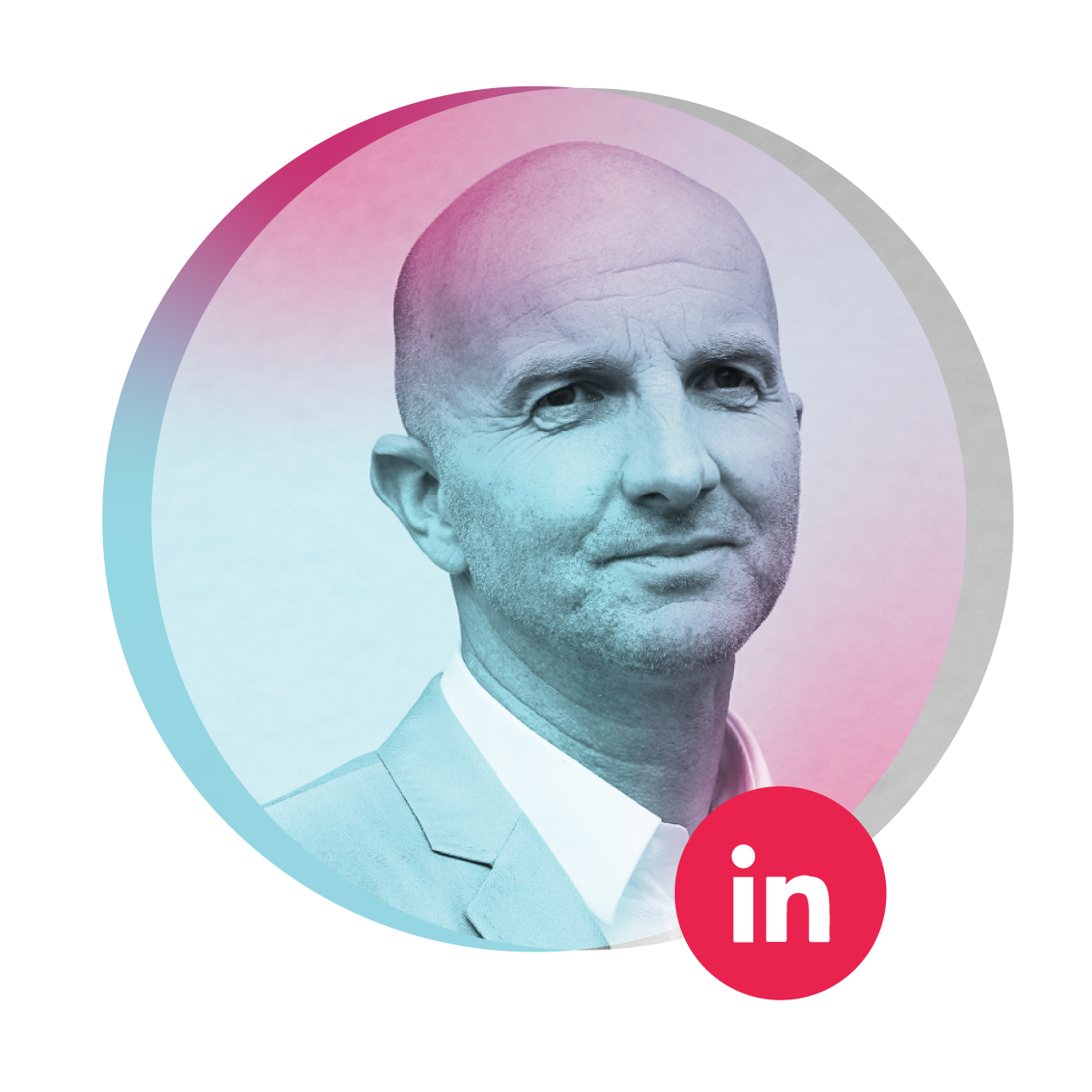 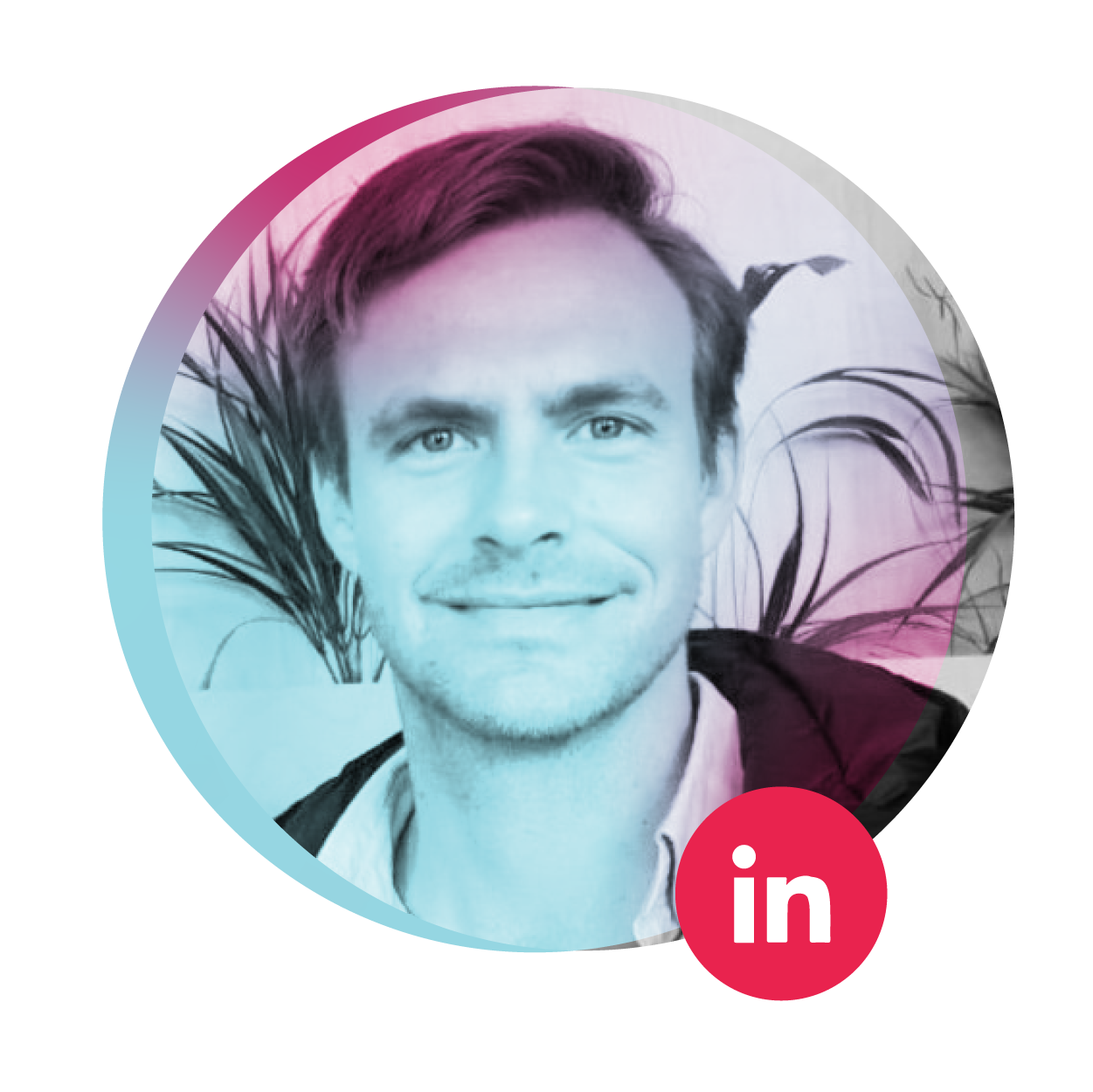 Gideon is a proud South African with a deep passion for startups who are focused on a creating innovative solutions. Gideon has worked in numerous high impact leadership roles in the tech sector. While looking for venture capital to fund his own startup, he fell in love with the early-stage investment space. Since then, he has successfully exited many ventures and worked relentlessly with various enterprises specifically on funding growth strategies. After investing in Bitcoin in 2016 he fell into the blockchain rabbit hole and now acts as Managing Director to CV VC Africa. 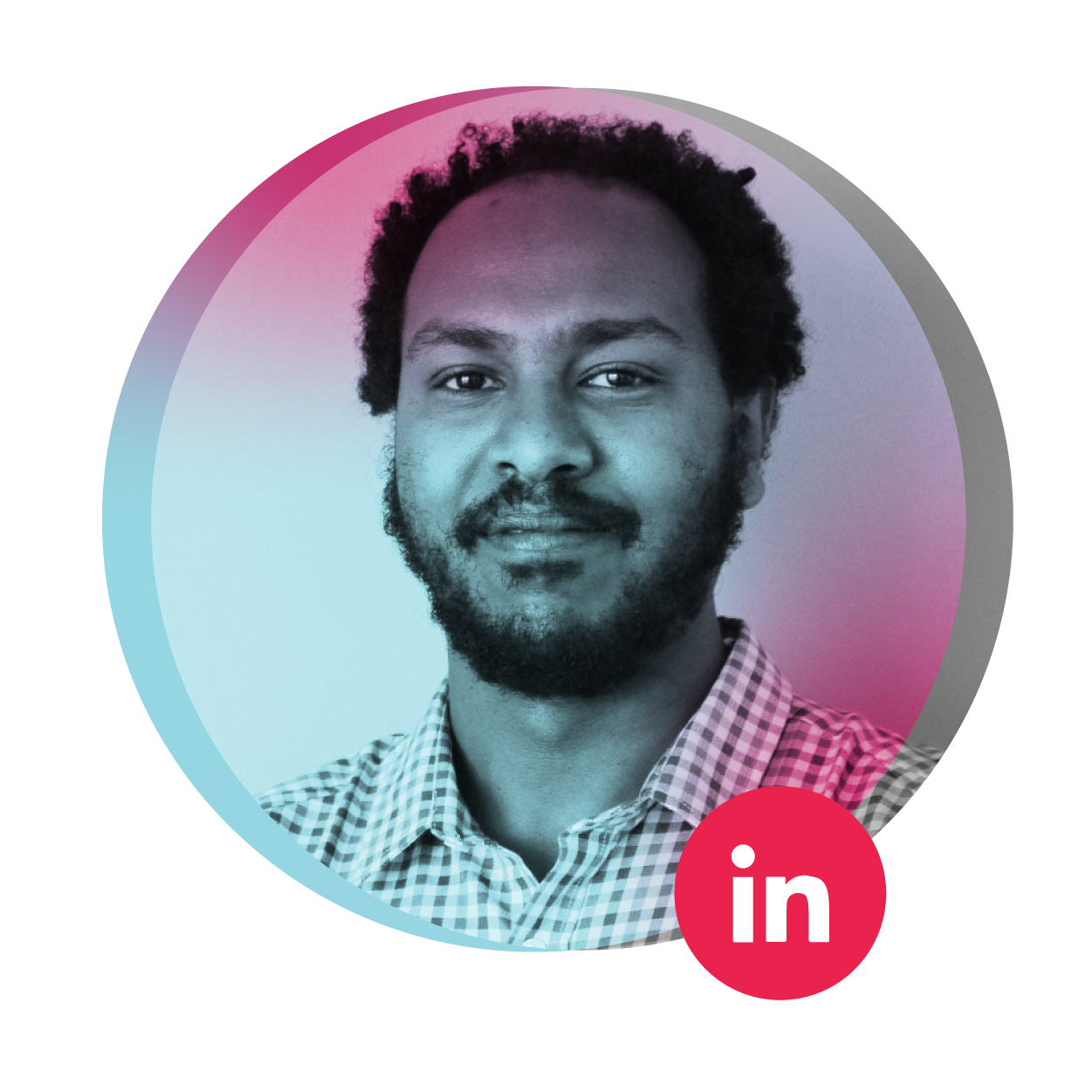 Markos Lemma is CEO and Co-founder of iceaddis, Ethiopian first innovation hub and tech startup incubator. Founder of SelamCompany – an edutech venture working on primary education and literacy. Also co-founded high potential ventures 3BL Enterprises and DBR Technologies. Markos works with high potential startups in East Africa. Representing Ethiopian innovation ecosystem on the international stage. He has been organizing Blockchain community events since 2013. He actively supports startups and tech communities in Africa on Cardano ecosystem working closely with John O'Connor. Seats on board of advisors on GIG network and also the founding member of i4policy. Co- establishing logic and strategy for a literacy and technology project in highly remote Ethiopian villages with MIT, OLPC & Tufts University with direct supervision of Nicholas Negroponte, Dr. Cynthia Breazeal & Maryanne Wolf. Based on the experience xPrize launched a $15mil literacy project award in 2015. Developed a concept and implemented a ePrivateSectorDevelopment, project which ran on export oriented companies under German Development Cooperation (GIZ). Speaker on TEDx 2014. His work has been mentioned on different media such as The Economist, BBC, VOA, CCTV, Al jazeera, TechCrunch, Capital Magazine, El Pais. Graduated in computer science from Royal Melbourne Institute of Technology (RMIT). 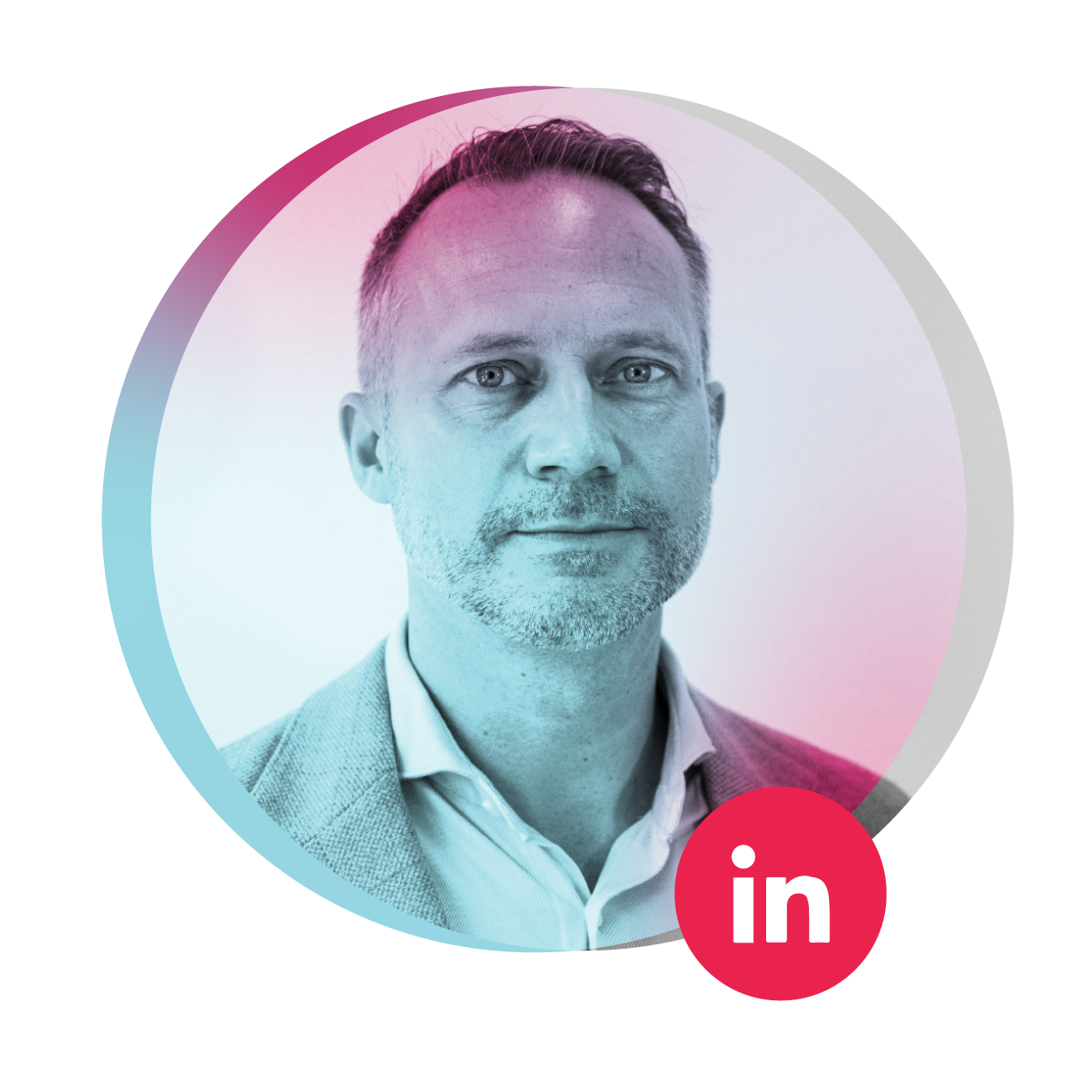 Oliver von Wolff is Managing Director of CV VC & CV Labs Dubai, an early-stage venture capital investor and blockchain ecosystem builder, headquartered in Switzerland with branches in Liechtenstein, South Africa and Dubai. Prior, Oliver was Group CFO & Equity Partner of a global crypto asset management and blockchain-focused venture capital group and Managing Director of a joint venture with a stock listed equity company on the Xetra Frankfurt. Oliver has over 15 year’s management experience, as CFO and Co-Founder responsible for different start-up’s and management buy outs. He has a proven track record in company transformations in different industries and is well connected in Dubai and the GCC region. Oliver holds an MBA in international management, degrees in economics and business and attended New York University to study international corporate finance. With an abundance of global experience, Oliver has a strong understanding of various markets and industries, particularly throughout Europe and Middle East. 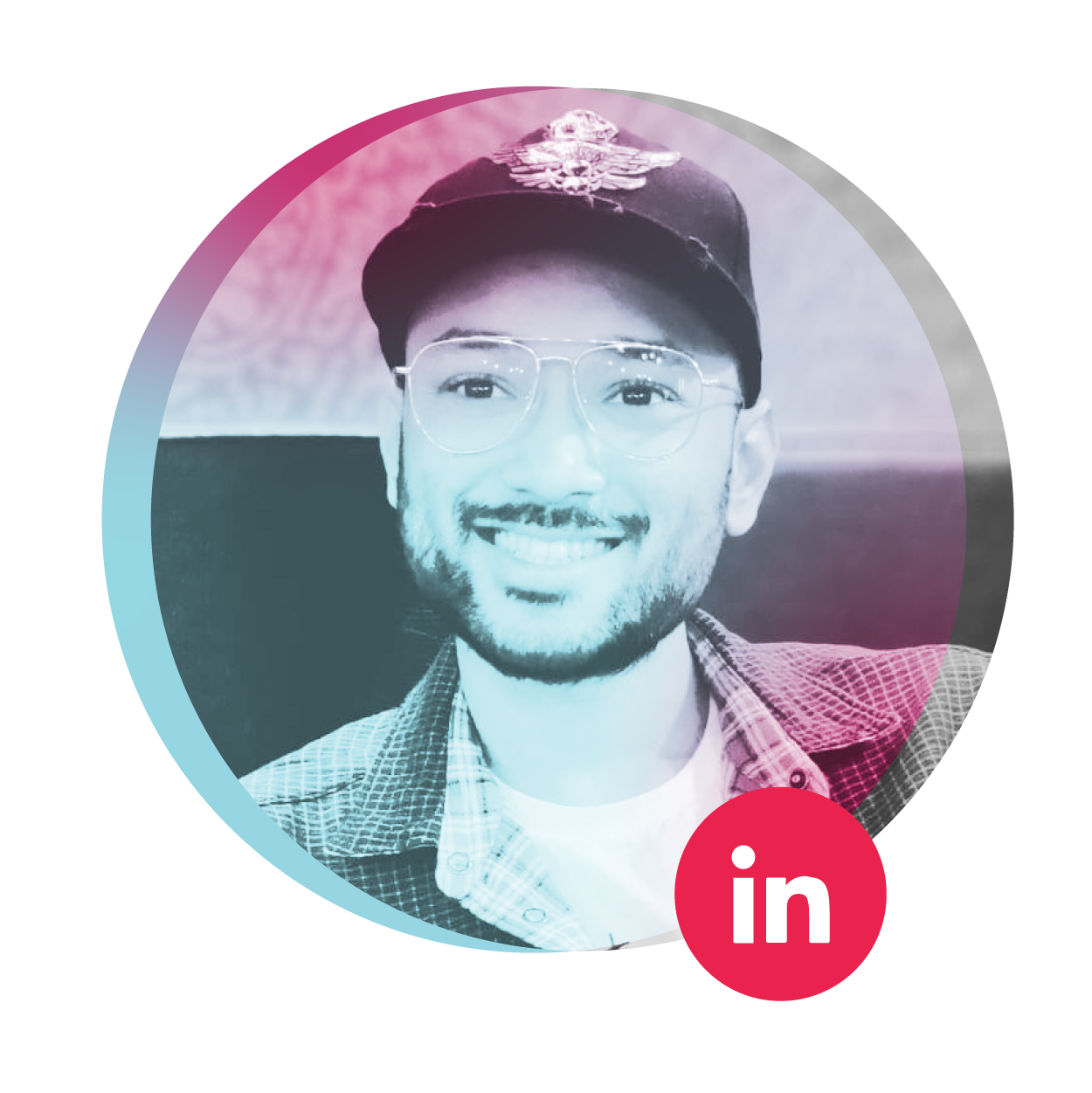 Mr. KEY is an impact entrepreneur building and supporting the next billion-dollar start-ups. Founder of Forward Protocol, Utopian Capital, and KEY Difference Media, he is an OG in blockchain space since 2013. He continues to hold many strategic positions which elevate him in the crypto sphere. He writes for most of the top crypto media including the likes of Forbes. His primary focus now is to increase blockchain adoption. He has worked with Ledger, NewsBTC, Bitcoinist, BitGo, eToro, and many other most notable brands. 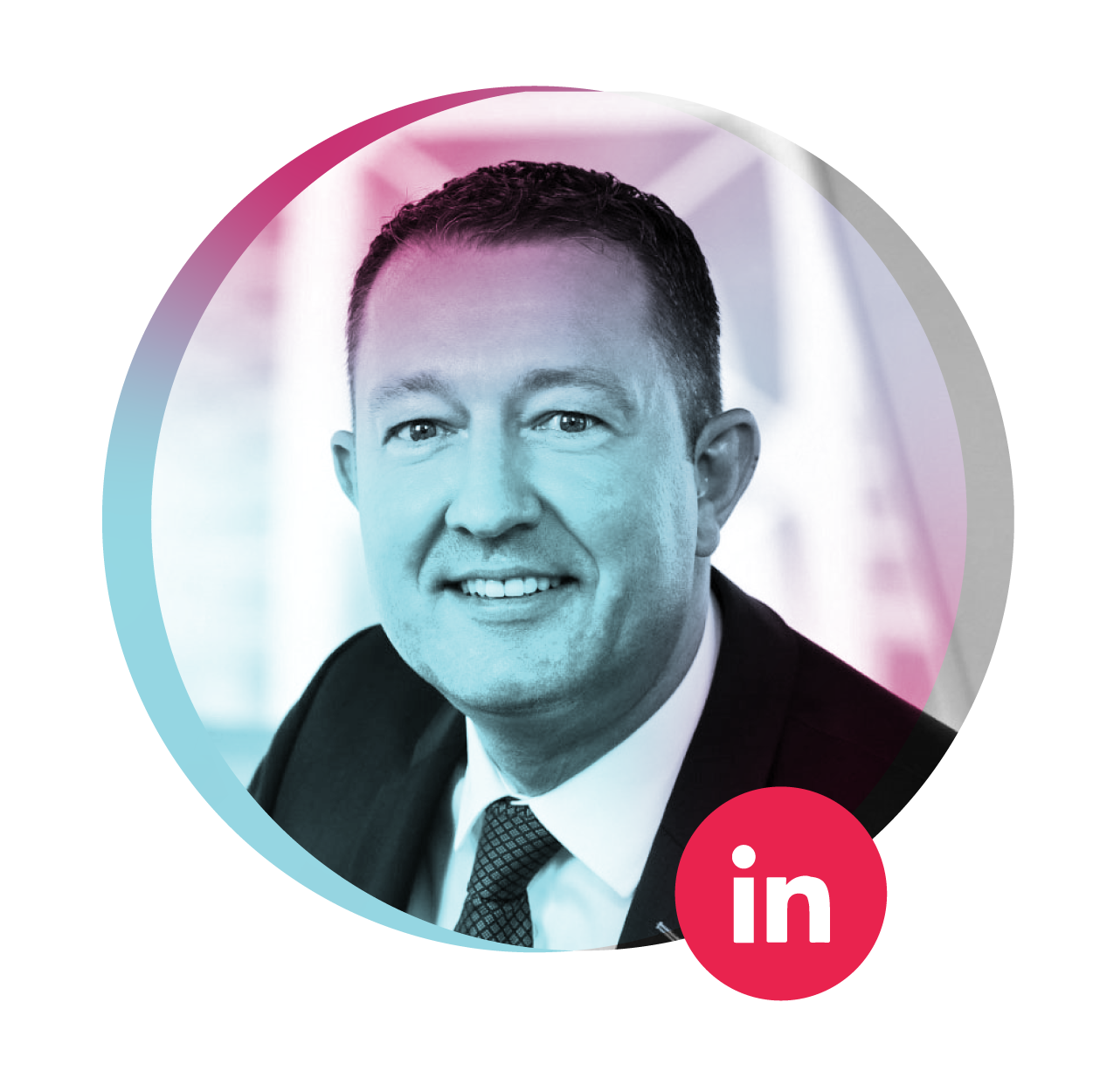 James started his career working for several leading international trading organizations as a commodities and financial derivatives trader in London where he developed his passion for global trading. He went on to start his own business investing in the production and trading of physical commodities and derivatives. In 2006 he joined (DMCC) Dubai Multi Commodities Centre as associate director of commodities, heading up various initiatives for the group as well as developing derivatives futures contracts for DGCX. In 2009 he was appointed director of business development, leading the next stage of growth for the DMCC Free Zone, which to date has attracted over 20,000 companies to its central Dubai location. In his next role as head of corporate sales he helped successfully take DMCC onto achieve unprecedented growth and to develop it into the multi award winning Free Zone it is today. In 2020 he was appointed as regional representative for Europe, covering all sectors, and as an experienced economic zone professional he continues to work and advise on the development of the Middle East business ecosystem. As one of the founding members of the Dubai Global Blockchain Council and the DMCC Blockchain Innovation Group he has led DMCC’s blockchain and crypto initiatives since 2015, developing very early proof of concepts across various sectors including the provenance of diamonds, and the transfer of property titles, among other blockchain and crypto projects. In recent years contributing to the design, development and implementation of the UAE Crypto Asset regulations. Whilst continuing to drive the development of the Dubai Blockchain and Crypto ecosystem throughout 2018 he initiated a relationship with CV Labs Switzerland, developing their partnership with the DMCC, and leading to the inauguration of the Crypto Centre in 2020. Today he continues to be closely involved with the blockchain and crypto world, working closely with various private and government stakeholders, and as an investor and advisor to a number of different startups and scaleups across multiple sectors, providing professional insight, and global connectivity across multiple business sectors. He is a regular contributor to various business and industry publications. 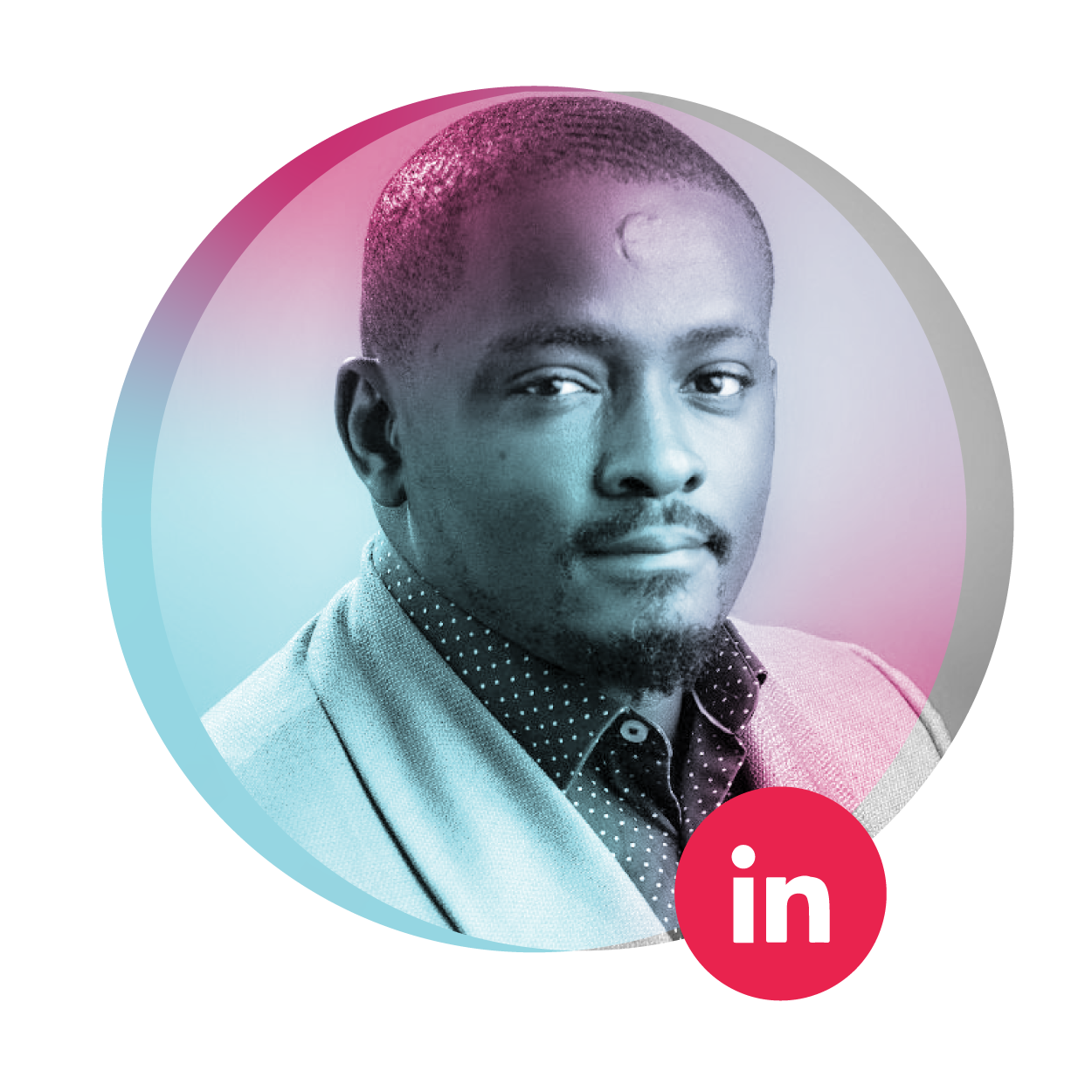 Adedayo Adebajo is the Managing Director for Jelurida Africa DLT with team presence in Nigeria, Ghana, Kenya, Rwanda, Tanzania and with ties in Central Africa promoting blockchain technology. He has liaised with the Government of Nigeria, Tanzania and Rwanda during training and workshops on Blockchain technology and advised on adoptions and solution deployments. He is the Founder of Africa Blockchain Developer's Call (ABDC) series, also Managing Partner at Africa Blockchain Institute and CEO of Decentralized Africa. His experience in the Blockchain space dated back to over 5 years with his first employment with Poloniex (USA) and then Jelurida Swiss. He has advised and trained blockchain startups, written numerous articles on blockchain use cases and adoption in Africa, spoken at countless events addressing the masses on Blockchain adoption and organized several blockchain hackathons across the continent. 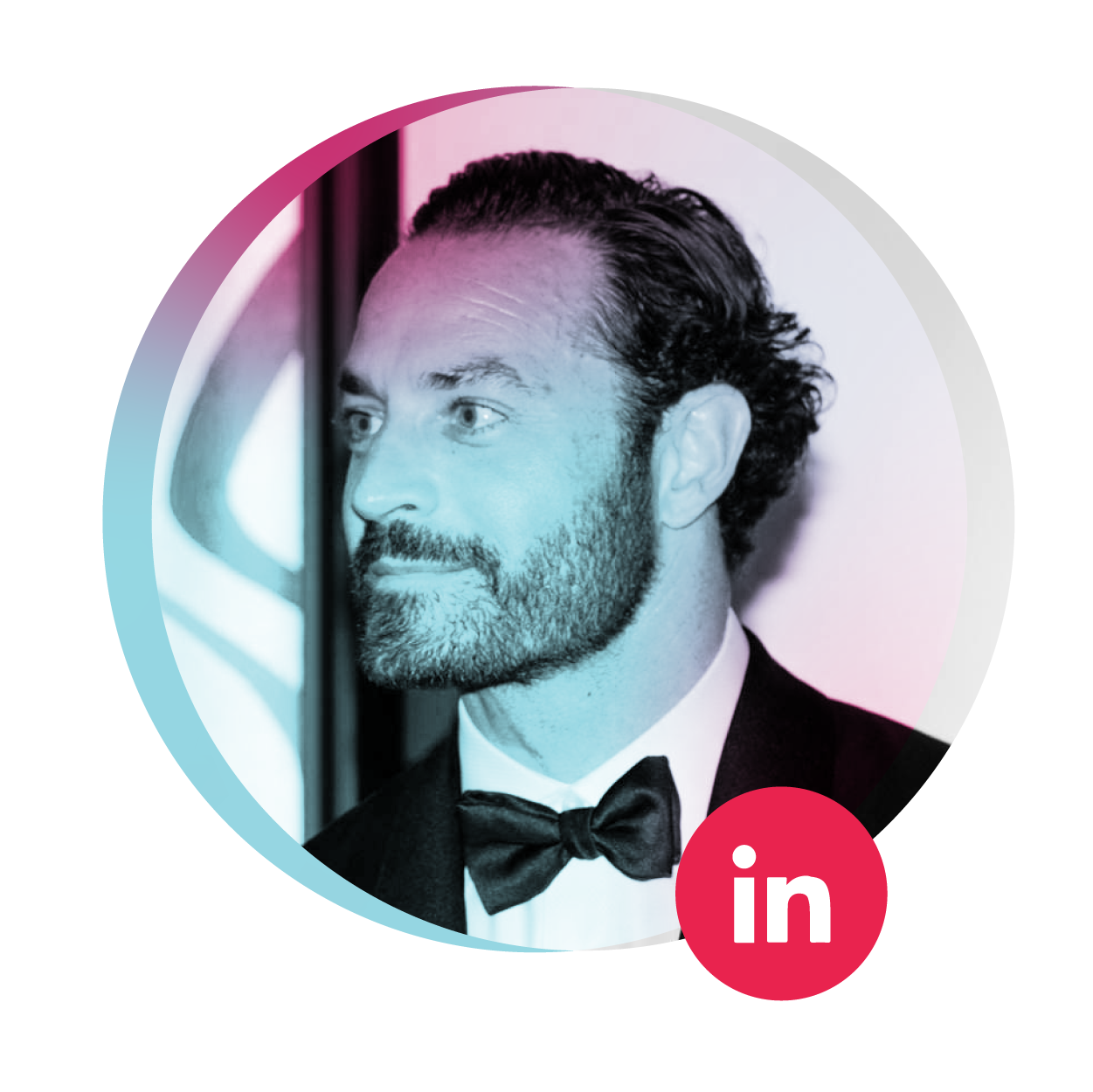 A self-confessed Digital Asset enthusiast, Dustin Plantholt is Founder and CEO of Life’s Tough Media, Crypterns.com, and LifesTough.com. Aside from being a zealous entrepreneur and inspirational thought-leader, Plantholt is also an author, editor, film actor/producer, and host of the highly regarded inspirational podcast—Life’s Tough: YOU Can Be TOUGHER! Such is Plantholt’s dedication to the world of crypto that Forbes magazine has granted him the title of “The Count of Monte Crypto” in a nod to his undisputed expertise. He recently excelled on the world stage as moderator of the First Annual Forbes Monaco Art & Crypto NFT Gala, and his work with Forbes is further underlined as Forbes Monaco Editor, Crypto. Other recent crypto and tech speaking engagements included the AIBC summit in Malta and the ICF at the University of Maryland. In addition, he hosts the renowned Bitcoin.com podcast, is executive producer of the Cryptonaires docuseries, and even created the most downloaded crypto comic book series. 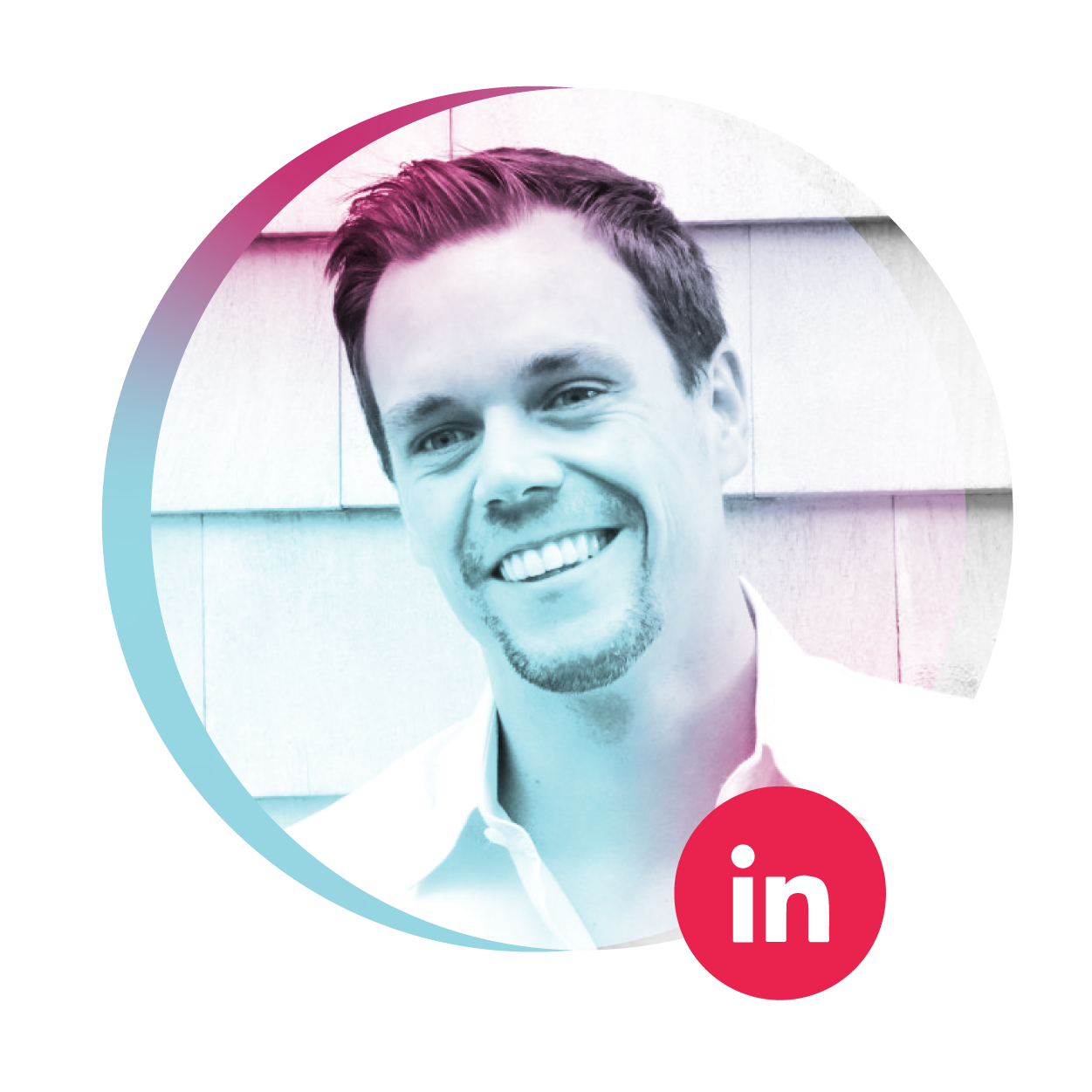 Julius brings deep strategy to 3air and K3 expansion. Previously he worked at Deloitte in New York on engagements for IBM and Microsoft. He also worked for a Boston based entrepreneurial strategy consulting firm Keystone Strategy. He has an MBA in the US and completed his CPA, CIA, and CFE designations. Currently he is the K3 CSO. As a former record holding NCAA Division I athlete, Julius also adds tremendous level of energy and passion to the project. 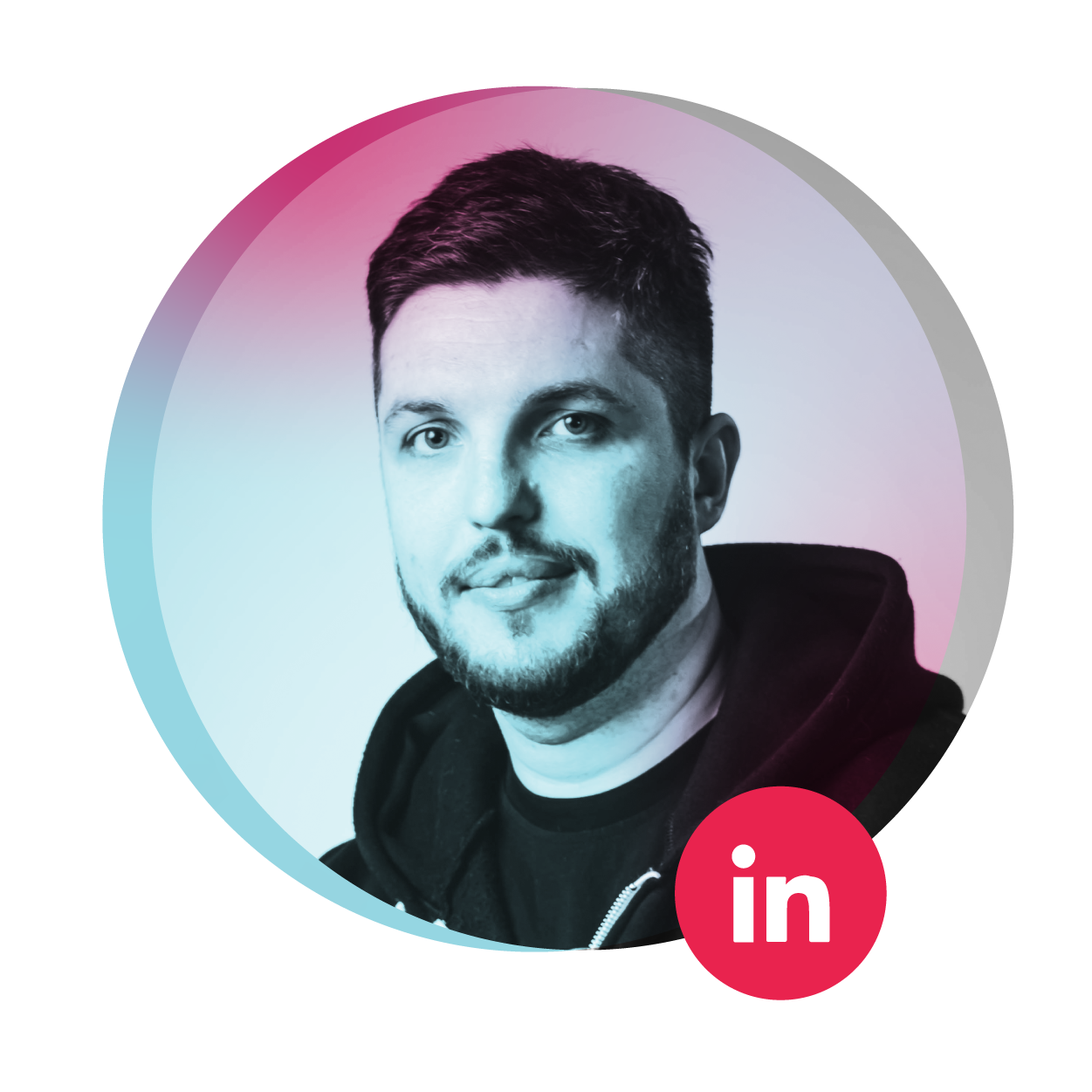 Michał Domarecki is a co-founder of Synapse Network. He has been running his own business for over 15 years. Multi-entrepreneur and investor. He founded and ran several successful businesses internationally. Most of them related to the area of IT, transport and logistics. Michał graduated from computer science and mathematics. He has been involved in the subject of cryptocurrencies for over 6 years. He founded his own community, actively invests and advises start-ups that are entering the crypto and blockchain space. Involved in cooperation with brands such as Crypto.com or Gems Reviews (as the founder).