While there are many mobile providers in emerging economies, there is virtually no broadband infrastructure within and outside major cities. For example, over 99% of the people living in Africa lack access to broadband internet connection or stable TV signals. In contrast, the broadband market penetration average is about 15.7% globally and 40% in developed countries. It is immediately apparent that these cities are severely underserved.

The lack of infrastructure is linked to how it is almost impossible to build these facilities in these areas. The cities are densely populated, and the alternative to close roads to dig the trenches to lay these cables is impractical and virtually non-existent. Other than installing the cables, the commitment to keep this hardware underground is another significant responsibility.

It is almost impossible to build traditional broadband infrastructure in Africa!

The extremely high capital requirements to build broadband infrastructure combined with the lack of activity imply that there will not be any significant steps to move forward in this direction.

One could also argue that broadband might become obsolete with the development of mobile networks.

Imagine your home or business without a cable broadband connection to the world. Add weak coverage, reduced speed, instability, and low-end mobile hardware to the mix, and it becomes immediately apparent that broadband internet will remain relevant for a long time.

The alternative is inconceivable. That is why we must not succumb to the challenges and strive to build quality broadband infrastructure where needed. 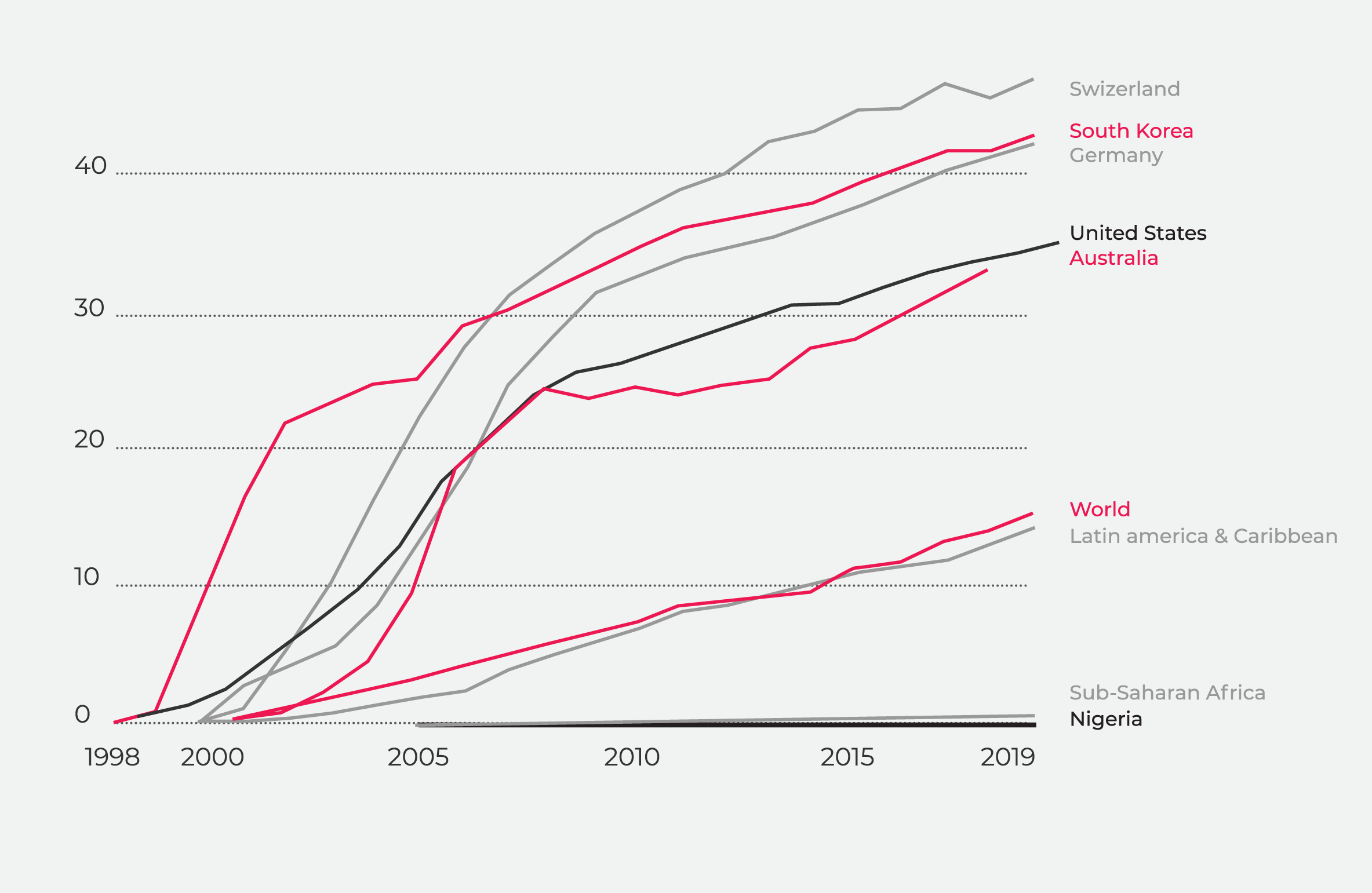 Broadband subscriptions refer to fixed subscriptions to high-speed access to the public Internet (a TCP/IP connection), at downstream speeds equal to, or greater than 256 kbit/s.