If it is deemed beneficial to promote the usage of the 3air platform and incentivize its users, 3air could potentially burn a determined number of tokens in regular intervals. Such amount could be, but does not necessarily need to be, around 200-250 million 3air tokens. If circumstances allow and suggest positive outcomes, 3air may cause or promote certain number of tokens to be burnt.

If a token burn occurs, 3air might not publicly set any exact dates or amounts but it might be consensually decided with the community using surveys, polls or other opinion-gathering and voting mechanisms.

In order to facilitate the above, community pool contracts give the possibility for voting on token burns within a certain percentage range of pool tokens being burned. If circumstances suggest, a contract may be set up that would allow for voting on how much tokens would be sent to a burn address on a specified range which could be, for instance, from 25% to 75%. Consequently, an average percentage would be calculated from the votes and used as the amount for the token burn.

The community token contract could also be changed after a certain milestone has been reached, with the aim to fully decentralize the decision on community pool funds usage. 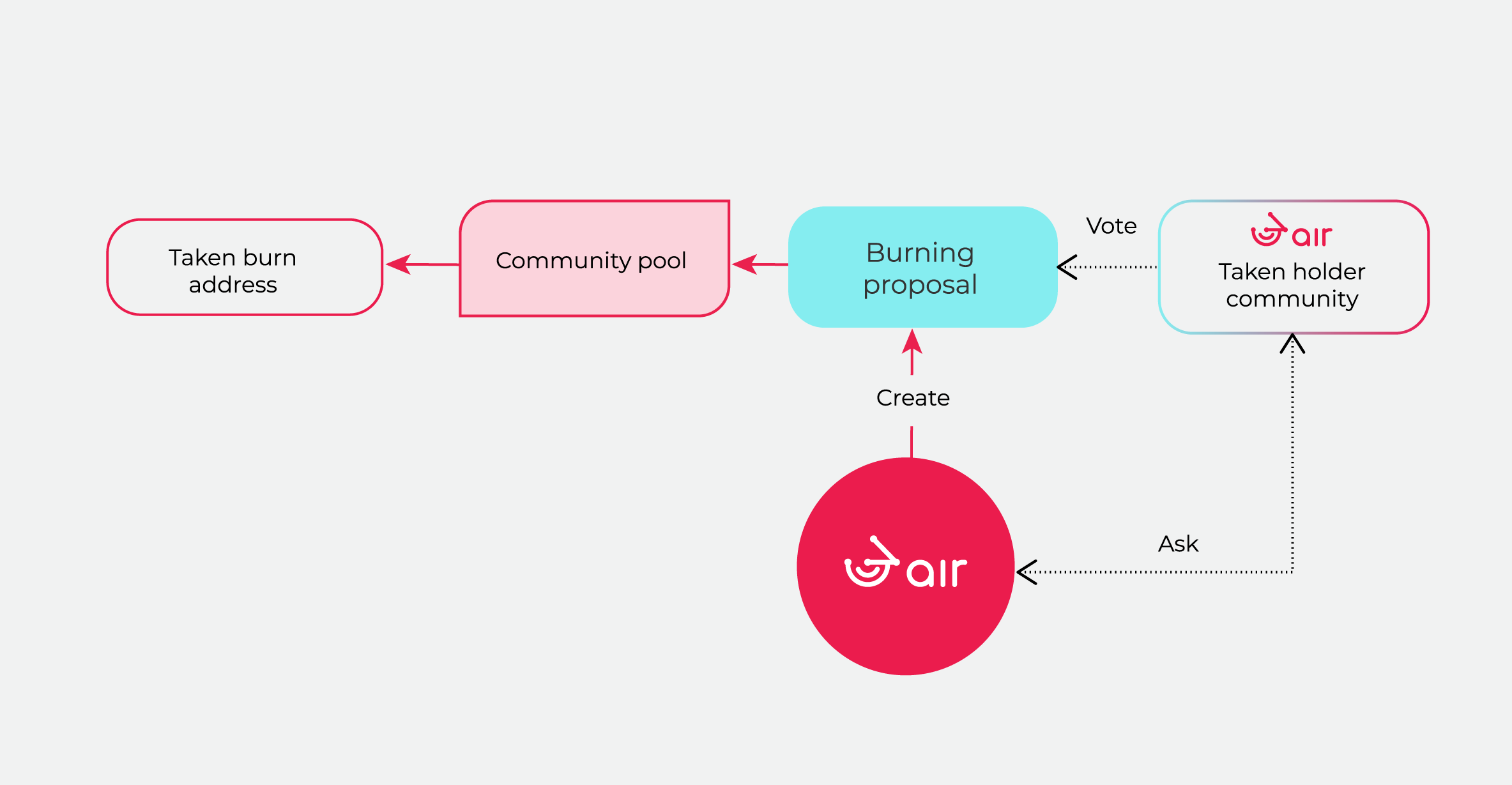