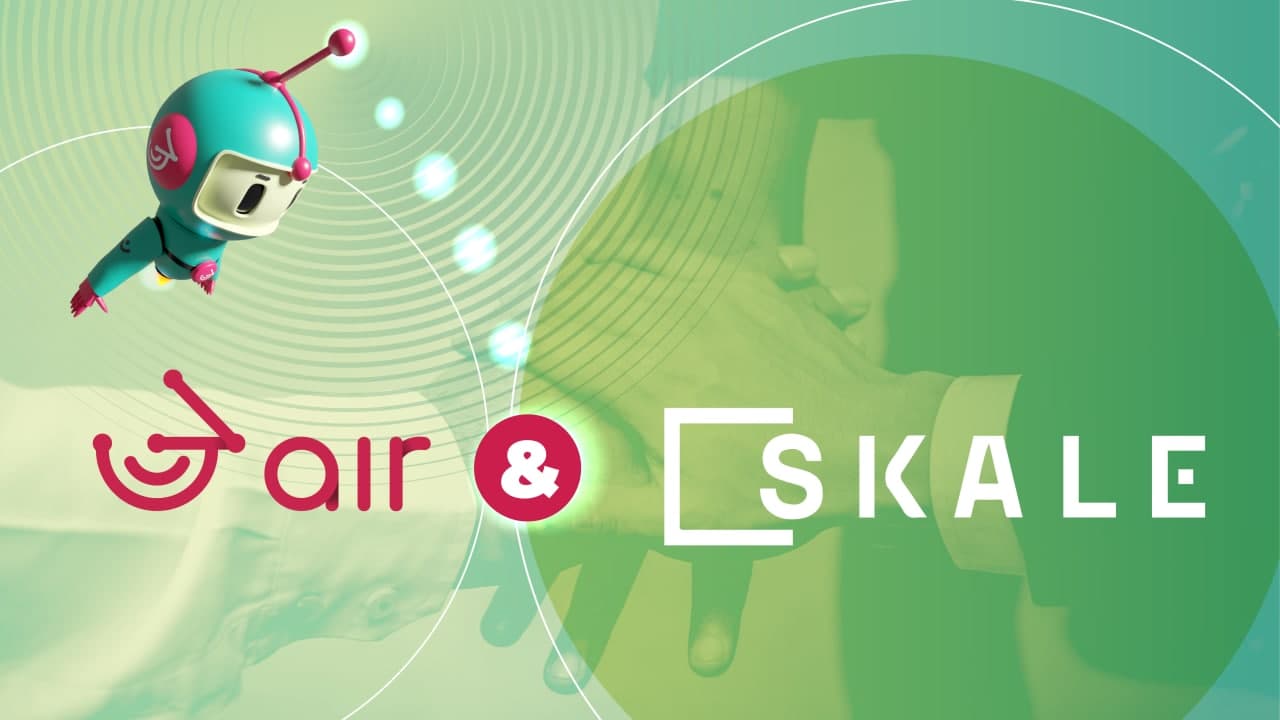 3air sent a wave of surprise through its community when it announced that it was no longer going to develop its platform on Cardano. Since the company announced it was leaving Cardano, it held talks with several EVM-compatible networks for potential partnerships and tech evaluations.

The decision to move away from Cardano was based on several factors, as explained by Sandi Bitenc, CEO at 3air:

“While we fully believe in what Cardano represents, we are having a hard time finding talent who can develop 3air's platform on Haskell. We have spent months actively hiring for senior Haskell developers to build on Cardano, but there is a massive talent shortage on the market. We found two entry-level part time developers. We also reached out to the development agency recommended by Cardano and they are great, but they are too busy and unable to deliver on our timeline."

After careful review, the decision for the new blockchain infrastructure fell on SKALE. Bitenc explains that building on SKALE means that the company's developers can start work immediately and that development progress will accelerate after the move to the new network.

SKALE network is an Ethereum based multichain solution based on the Ethereum blockchain. Its architecture supports an ever-expanding set of Dapp-specific chains, which makes it quick and easy to set up cost-effective, high-performance multichains that run smart contracts compatible with Ethereum. The network offers fast transactions with near zero latency and zero-end user gas fees.

While the Western world and wide parts of Asia have access to high-speed broadband internet, most African countries still lack the infrastructure required for high-speed connectivity. Most Internet users use mobile data to get online, which is often spotty, unreliable and expensive. To deal with the issue, many users have 2-3 different phones with data plans to use throughout the month.

The World Bank estimates that it will take a decade and more than $100 million in funding from governments and telecommunications investors to build the infrastructure required for broadband internet access on the continent.

3air bypasses the current limitations with innovative technology by partner K3 Telecom. It delivers speeds of up to 1 Gbps wirelessly within a radius of 50 miles. 3air also provides a blockchain-based platform that incentivizes token holders and network facilitators.

With this technology, residents and businesses in African countries will be able to get access to high-speed broadband internet, VoIP and internet TV in a matter of months.

There are currently half a dozen Dapps live on SKALE’s mainnet with 100 more in the Dapp innovator program focused on getting live. These range from social media platforms and DEXes to Play-to-Earn games and NFT networks. In the upcoming months, 3air plans to develop the platform for its users and token holders in order to launch smart contracts and its end user solution on SKALE.

3air’s token will be launched on SKALE network. The public presale for 3air will start on March 31st - April 7, 2022. To find out more about how to join, visit 3air.io.

3air connects people and businesses in Africa's cities to the World with the help of proprietary telecom infrastructure and a blockchain based telecom/ISP platform. It enables optics grade broadband connectivity, digital TV and IP telephony through air, accompanied by an easy to use blockchain platform that allows for digital identities, bankless payments, customer loyalty and referrals, governance and community building, microloans, IoT and other important telecom oriented functionalities. Read our executive summary here: docs.3air.io